Hello, I’ve known Lottie files for some time now but I still haven’t been able to render and publish any of my attempts. However, I’m focusing on my issue at this current project. I’ve created a lettering animation using illustrator files. I used stroke and Trapcode 3d stroke to create the write-on effect. There’re many nested compositions, time remapping… The thing is, after rendering the composition within the Lottie extension in After Effects, the render comes out blank. The timeline plays but all I see is the playhead moving and nothing happens in the canvas. As I said before this is my 2nd or 3rd project that I try to export to Lottie to no avail. Am I doing something wrong? I thought it was as simple as having your animation and exporting it. Thanks for any assistance.

Trapcode doesn’t work with the Lottie format. You’ll have to manually animate things in the format, for the most part.

Well, at least now I know why it isn’t working. Thanks a lot irbypace. Can I bother you with another issue? I made an animation of a hill with a little house with trees in the background. I animated grass moving with the wind for the hill applying mesh warp to a precomp of the grass waving to adapt it to the shape of the hill. When I rendered that with Lottie the grass lost the warping and rendered flat. I assumed Lottie didn’t work with the effect so I created a PNG sequence of the deformed grass and tried again but it didn’t work either. Do you have any suggestion on how to work around that?

You can, or you can do a screen capture and show what you’re talking about. Either way.

Ok, I’m attaching a screenshot of how the comp should look and the final .json file. I hope it helps clarify the subject.

How the comp looks in AE. 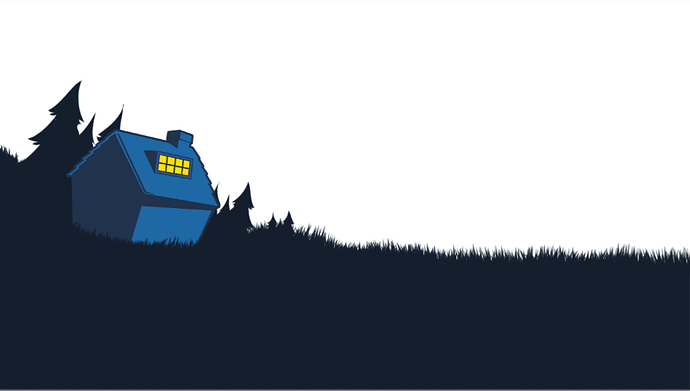 Even the animations of the grass and the trees waving are lost.

Yeah, I’m going to guess that the Mesh Warp won’t work with this. You’ll want to animate the grass with shape paths, position, rotation, movements.

You’ll find that a lot of AE effects aren’t supported by Lottie. Like irbypace referenced, the best bet is to use shape layers / paths. I’ve found using those unsupported effects (trapcode, mesh warp, etc…) can be used as reference for roto / cell animation for shape layers.

Bummer!, I’ll have to get creative to work around this. Thanks a lot, guys.

Hello, I’ve been working on this project on and off hence the time passed. I went for another approach for creating the animated grass. I created 8 different states of grass as if blown by the wind in different strengths and in both directions. It looked ok but waaay too mechanical. So I applied expressions to make it go forward and backward randomly. I’m very satisfied with the result but when exported to Lottie problems appeared again. Is it not advisable to use expressions on projects intended for Lottie rendering?

I don’t know if you get notified of the question I asked to the other guy helping me on this topic but I’d appreciate your input also if you can give it to me.

Yeah, expressions don’t work. If possible you could convert to keyframes? Depends on what you’re doing…

Yes, I thought of that just recently. I’m going to try it. Thanks a lot.

You’ll have to convert the expression to keyframes for it to export.

I did and it worked, finally!! My problem now is with Brizy. Thank you.